We are a diverse group of skilled singers united in creating inspiring music and compelling experiences.

Chronos members each have an extensive background in music and ensemble singing. Although we are of different ages, backgrounds and professions, each singer possesses a high level of musicianship, strong vocal technique and versatility, and a desire to be challenged in an ensemble environment.

Guided by Jordan Van Biert, our performances are an invitation to a heartfelt encounter that creates connections among and between audience members and ourselves. 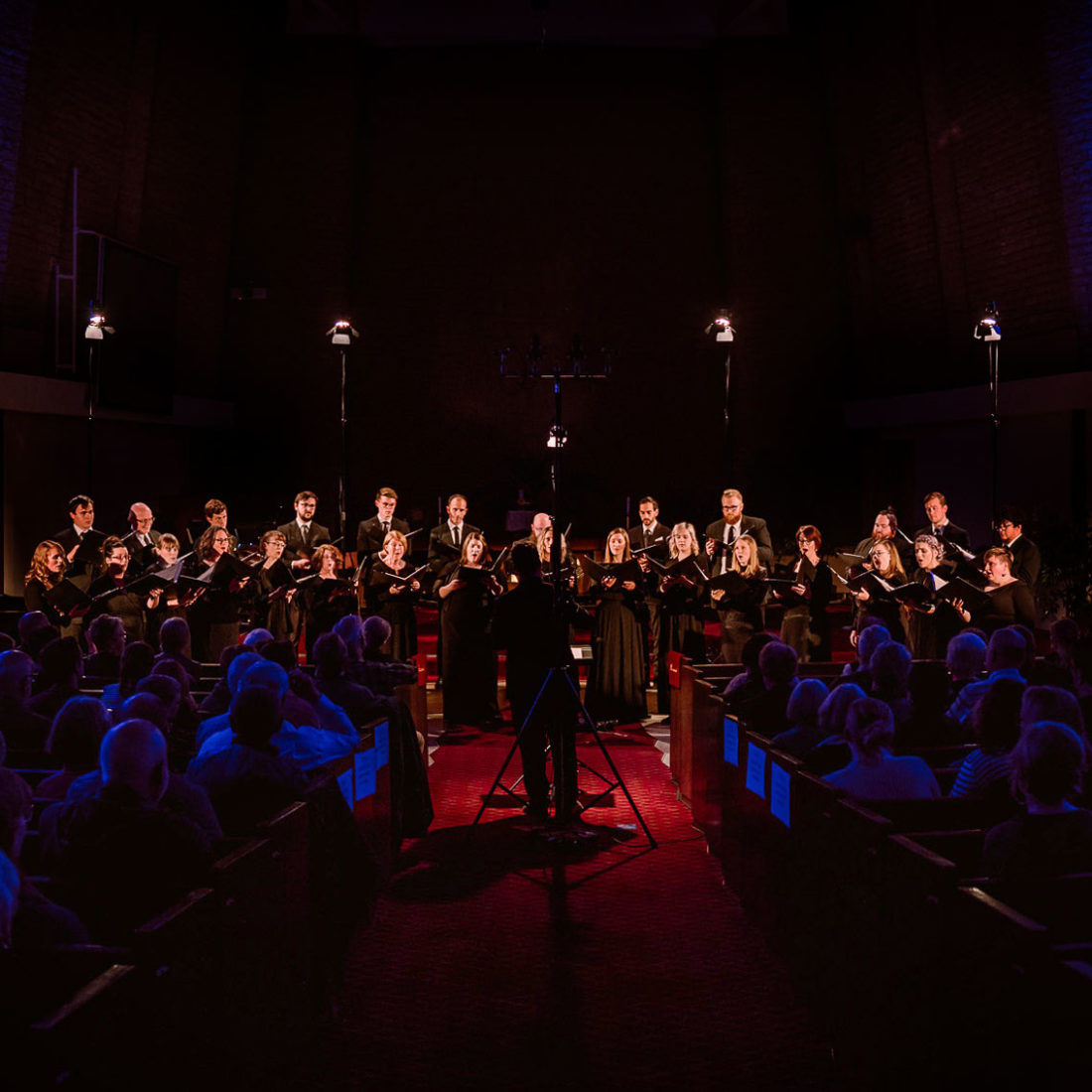 Sharing music and building community – two of our favourite things!

Chronos Vocal Ensemble was founded in 2013 by Jordan Van Biert. Combining a commitment to traditional choral repertoire with a passion for new Canadian choral music, the ensemble has delighted large audiences through its concerts in Edmonton, tours of four provinces, and at Podium, Canada’s national choral festival. The choir has released three successful recordings. Chronos has performed with the Edmonton Symphony Orchestra and the Alberta Baroque Ensemble, and collaborated with choirs including Vocal Alchemy, Spiritus Chamber Choir (Calgary), Da Camera Singers, and Edmonton Youth Choir. Other appearances include multimedia productions in Edmonton and Calgary such as National Geographic: Symphony for our World and Zelda: Symphony of the Goddesses.

In March 2020, the ensemble undertook its first international tour, anchored by an appearance as the only Canadian choir invited to perform at the Northwest Division Conference of the American Choral Directors Association in Spokane. Since the onset of the global COVID-19 pandemic, the choir’s innovative video projects and commissions of new Canadian choral music have garnered national attention.

In 2015 the choir was awarded the Healey Willan Grand Prize in the National Competition for Canadian Amateur Choirs, and in 2016 given a performance award in the City of Edmonton’s Salute to Excellence for bringing recognition to the City.

Chronos Vocal Ensemble is governed and operated by Chronos Music Society of Alberta.

Chronos Music Society of Alberta is a non-profit organization and a federally registered charity. Its aim is to support the production of choral performances of a high calibre in Edmonton, Alberta and beyond.

Thank you to our supporters

Chronos has benefited from the support of three levels of government arts funding bodies, as well as a generous group of private and corporate financial supporters.

We are grateful for every gift we receive; funds are wholly used to grow and sustain our choir and to offer others the gift of deeply moving choral experiences.

Meet our Board of Directors

Special thanks to outgoing directors