Music for a sacred space

For the first time since the pandemic, we are pleased to return to All Saints Cathedral for this concert, with a program featuring sacred works from English and French composers of the early 20th Century, in partnership with our friend and longtime collaborator, Cathedral Organist and Choirmaster Jeremy Spurgeon.

Tickets are available at the door for $30.

Jeremy Spurgeon has been the director of music at All Saints’ Anglican Cathedral since 1980. 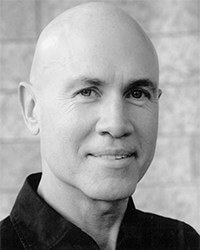 Jeremy has appeared in concert with many Canadian and international ensembles, singers, and instrumentalists. Jeremy has performed as piano accompanist and organist in Canada, the USA, Britain, Italy, Switzerland, and Poland.

Here in Edmonton, Jeremy is resident accompanist for Pro Coro Canada (of which he was a founding member), organist with the Edmonton Symphony Orchestra, accompanist for the Richard Eaton Singers, and is very much in demand as a freelance musician.

In 2010, the Alberta Choral Federation honoured him with the Con Spirito Award in recognition of his enormous contribution to choral music in Alberta. In 2018, he was honoured by the University of Alberta with an Honourary Doctor of Letters degree.

Jeremy has shared the stage with Chronos Vocal Ensemble many times, and notably collaborated with Chronos in the British-flavoured sacred music program With a Voice of Triumph in 2017.

The building is fully accessible, and parking can be found at a paid surface lot direct south of the building and other places nearby. 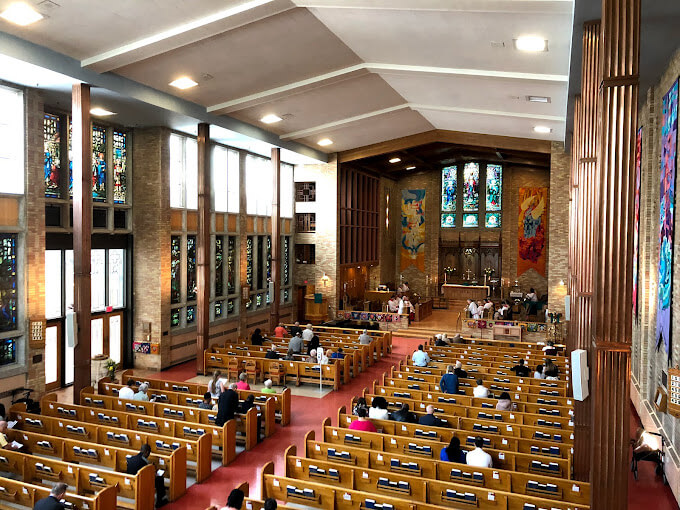 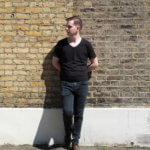 Stuart Beatch is a Canadian choral composer currently living in Edmonton. He received a Master of Music in Composition from King’s College London, studying with composer Rob Keeley, and is currently the composer-in-residence for The Fourth Choir (an LGBT chamber choir in London, UK). Stuart previously studied composition at the University of Alberta and has also received mentorship from Scottish composer Sir James MacMillan and Latvian composer Uģis Prauliņš. He is an Associate Composer with the Canadian Music Centre and a member of the Canadian League of Composers.
My setting of Psalm 100 was written in 2014 as part of a larger work adapting the biblical readings from my own wedding. This joyful and celebratory text is accompanied by an athletic and virtuosic organ part—so challenging that this piece has only been performed once, by the Toronto Mendelssohn Choir in 2016, where it won the inaugural Debbie Fleming Prize for Choral Composition. I’m thrilled to be a part of the Alberta premiere with Chronos alongside organist Jeremy Spurgeon, who has been a major inspiration in my own musical development over the past decade.